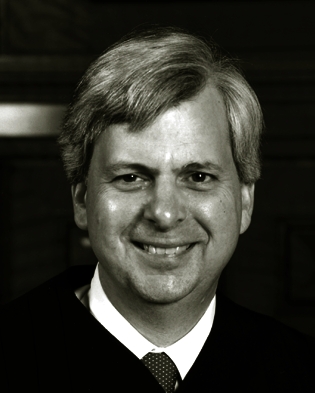 Another judge on the San Francisco-based 9th U.S. Circuit Court of Appeals appears to be criticizing President Donald Trump’s complaints about judges who ruled against his travel ban.

In a speech to attorneys general in Honolulu, Judge Richard Clifton said attacking judges for their decisions is “corrosive to the justice system,” Reuters reports. “It’s easy to blame the referee when you don’t like the result,” he said.

Trump had criticized the judge who issued the nationwide injunction blocking the travel ban, U.S. District Judge James Robart. Trump called Robart a “so-called judge” who issued a “ridiculous” decision that had put the nation in “peril.” He also said the 9th Circuit hearing on his order was “sad” and “disgraceful.”

Clifton was on a panel last month upholding a nationwide injunction blocking the travel ban. On Wednesday, the 9th Circuit refused to rehear the case en banc.

Five judges who dissented from the refusal to hear the case on Wednesday also appeared to criticize Trump. The dissent by Judge Jay Bybee said attacks on judges by parties are “out of bounds” and “treat the court as though it were merely a political forum in which bargaining, compromise and even intimidation are acceptable principles.”

Robart ruled on Thursday that his nationwide injunction did not apply to Trump’s revised travel ban, report the Associated Press and the Seattle Times. Robart is considering a challenge to Trump’s new executive order but did not rule on Thursday.

The revised order reinstates a 90-day ban on entry into the United States by immigrants from six majority-Muslim countries. A seventh country, Iraq, was removed from the banned list. The revised order no longer prohibits entry by lawful permanent residents and current visa holders. It also removes a preference for religious minorities in their home countries, which would have benefited Christians in Muslim-majority countries, and removes a complete ban on Syrian refugees.