This month around 4,500 lawyers descended from all over the planet on Sydney for the 2017 International Bar Association (IBA) conference. Macfarlanes’ Charles Martin weighs in on the value behind the trip. 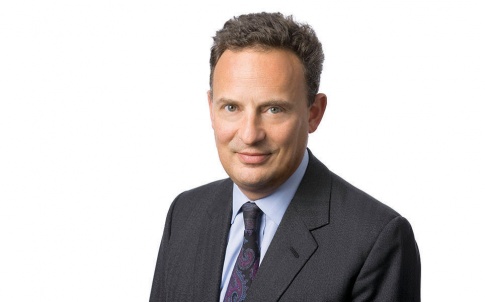 This was not much of a positive contribution to global warming. It is only right (not least for other partners in the firms of the lawyers who went) to ask a few questions about what actually went on there:

What did you do there?

Time at the IBA divides between time spent attending and speaking at formal sessions, networking (eating and drinking) and sleep. The last of these tends to take something of a back seat and, for many, the formal sessions are not hugely relevant either.

Strictly neither.  There really is not enough downtime for it to be categorised as a full-on jolly and one can hardly claim it is duty when no one is forcing you to go.  However, for independent law firms who are unquestionable interdependent on each other it is pretty much a must-do event.

Does the IBA actually stand for anything/why is it there?

This is a tricky question. Undoubtedly the IBA espouses a keen interest in human rights and the rule of law. Indeed, the opening ceremony this year was almost solely focused on this. On the other hand, the motive of almost anyone attending is not quite as highbrow. It is more about the business of law in the main, with a modest focus on technical legal developments too. Exactly how the IBA positions itself between being a high minded force for professional standards and ethics internationally and a networking talking shop is an interesting, essentially unresolved, question.

The IBA is essentially the meeting place of independent, national and regional firms from around the world. Nonetheless, Big Law does show an interest with magic circle and global US firms all represented to some extent. One reason for them doing that is that smaller firms from jurisdictions outside the major ones are present in large numbers. That makes it an efficient place to come to meet with them, given that they are essential parts of the networks of all but the very most global firms.

Sydney itself of course is a wonderful place with a fabulous natural harbour, amazing food and utterly welcoming people. To be greeted by your first name and best wishes for your stay by the immigration officer is something that very few visitors to the US have ever experienced. On the other hand, aside from the logistical issue that I mentioned above, it is a very expensive city.  Real estate is sky high (higher than in London in many places) and the Aussie dollar strong. That did not seem to deter visitors to the IBA too much, but it was certainly a surprise to this visitor from London where we are possibly wrongly embarrassed by the cost of things.

The dress code is pretty old school. Those male attendees who decided to drop the tie from time to time usually felt pretty conspicuously under-dressed. Female delegates (of whom there seem to be an increasing but still relatively low number) had a little bit more flexibility, it seemed.

Almost all the delegates were staying in hotels in central Sydney. However, one Dutch law firm won the James Bond prize for accommodation. They rented a villa in the harbour, outside central Sydney, fully staffed and with a speedboat taxi to take guests to and fro!

The talk was all about Brexit, Trump, Catalonian independence, millennials and jetlag. Of these, the last was the least interesting and its presence probably explained the fact that the conversation on the other subjects was sometimes less than scintillating.

The IBA faces something of a challenge in relation to the attendance at its formal sessions.  Often the conference centres sit a little away from the centre of town. Whilst panellists work very hard to put on technically excellent and well prepared presentations, the audiences can be very small, particularly after the first couple of days. Equally, some of the sessions can be pretty deadly when panel chairmen do nothing much other than pass jurisdictional batons on a particular subject from talking head to talking head. The IBA has worked hard to try to eradicate this type of practice but there is some residual evidence of it.

So the 50,000 Aussie dollar question is: is it worth it?  Luckily, those of us who represent significant independent law firms from major jurisdictions have little difficulty answering that question as not going would be unthinkable.  For others, it is clearly easier to justify when the costs and time commitment are lower than they were this year. Next year the IBA is in Rome and no doubt the Colosseum has already been booked for the opening ceremony.

The post Charles Martin: Was the IBA worth it? appeared first on The Lawyer | Legal News and Jobs | Advancing the business of law.