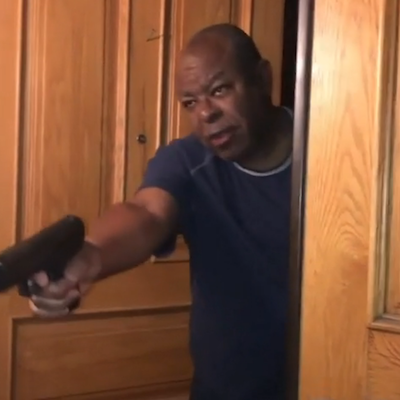 The husband of Los Angeles County District Attorney Jackie Lacey is facing misdemeanor charges for pointing his gun at protesters on their porch.

The March 2 incident was recorded on video. Protesters rang the doorbell, and David Lacey opened the door while pointing his gun. “I will shoot you. Get off of my porch,” he said. Lacey then said he was calling police before shutting the door.

Jackie Lacey issued a statement saying her husband was trying to protect her.

“My husband acted in fear for my safety after we were subjected to months of harassment that included a death threat no less than a week earlier,” she said in the statement. “Protesters arrived at my house shortly after 5 a.m. while I was upstairs. My husband felt that we were in danger and acted out of genuine concern for our well-being.”

The protester who released the video in a tweet, Melina Abdullah, a professor at the California State University at Los Angeles, questioned why David Lacey was not charged with a felony.

“They weren’t in fear. They were agitated,” she said of the couple in an interview with the Los Angeles Times.

The protesters were at the couple’s home to demand a meeting to discuss police violence.