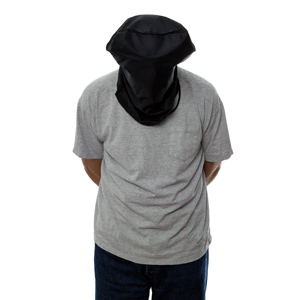 A draft executive order prepared by the Trump administration calls for a review to determine whether to reopen CIA prisons overseas and conduct interrogations of high-value terrorists outside the United States.

The New York Times, CBS News and the Washington Post are among the publications that obtained copies of the draft order, which would also keep Guantanamo Bay open for the detention of enemy combatants who are members of ISIS, in addition to members of Al-Qaida and the Taliban.

The draft order calls for a review and recommendations on “whether to reinitiate a program of interrogation of high-value alien terrorists to be operated outside the United States and whether such program should include the use of detention facilities operated by the Central Intelligence Agency.”

According to the Times, the draft order would revoke President Obama’s orders to close the Guantanamo prison, close CIA prisons, stop interrogation techniques not permitted by the Army Field Manual, and give the Red Cross access to detainees.

Instead, the draft order would reinstate a 2007 order by President George W. Bush “to the extent permitted to law.” According to the New York Times, Bush’s order allowed the use of interrogation tactics such as sleep deprivation.

The draft order calls for a review of interrogation policies in the Army Field Manual and for changes that would allow the “safe, lawful and effective interrogation of enemy combatants.” The draft order adds that “no person in the custody of the United States shall at any time be subjected to torture or cruel, inhuman, or degrading treatment or punishment, as proscribed by U.S. law.”

The draft order contains typographical errors and wrongly lists the year of the Sept. 11 attacks, the Washington Post reports. Editing marks also change references to the “global war on terrorism” to the “fight against radical Islamism” and a reference to “jihadist terrorist” groups to “radical Islamist” groups.