With a snap election looming, the Liberal Democrats have come out on top in a poll of lawyers’ voting intentions.

Over 1,000 people responded to The Lawyer’s poll, with Tim Farron’s party garnering 41 per cent of the vote.

The Conservatives had the support of 33 per cent of those polled, with Labour third on 17.5 per cent.

Commenting on the result, chair of the Lib Dem Lawyers Association Graham Colley said:  “This election is not just about the Europe Union, it is about our democracy. Do we wish to hand power to one person to shape our future and endanger our commitment to the Human Rights Act, which is imbedded in our beliefs as lawyers?”

“All lawyers are busy, but we must find time to campaign for candidates who will fight for our Parliamentary Democracy and Human Rights.”

Labour and Conservative lawyers have been contacted for comment. 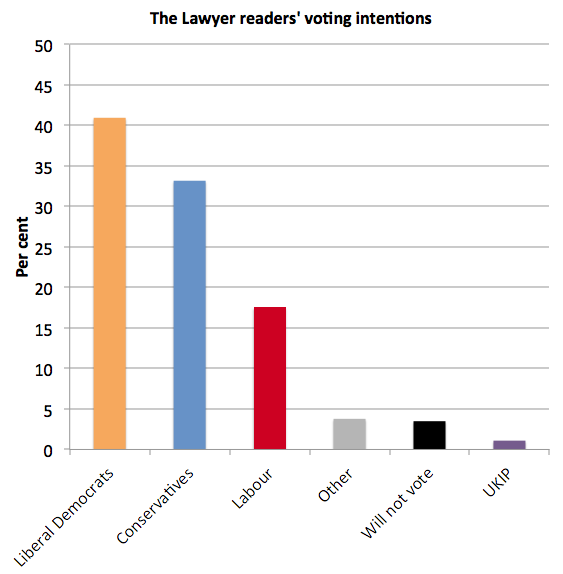