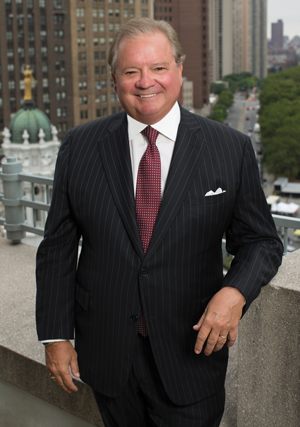 Lawyers who jumped into action to help those affected by President Donald Trump’s executive order on immigration are rising in popularity, at least among those who oppose the policy.

The growing respect for lawyers has led one law school dean to see opportunity, TaxProf Blog reports. Writing at the Hill, Brooklyn Law School president and dean Nicholas Allard says law schools can build on recent events and highlight the importance of lawyers “to the defense of our rights, the pursuit of justice, and the preservation of our Republic.”

Several news stories have highlighted the increasing respect lawyers, who offered help to immigrants at airports and fought Trump’s immigration policy in court.

The lawyers told Testy how they had stopped the deportation of legal immigrants in the hours after the president’s travel ban took effect. Other diners heard the lawyers talking, and began applauding.

Seemingly overnight, Allard writes, legal experts in immigration law and executive branch powers are appearing as regular guests on TV news shows and as sources in national news articles. “Almost single handedly,” Allard writes, “President Trump has made lawyers the breakout stars in the early days of his new administration.”

“Law schools can seize this moment,” he writes, “and, like the generation inspired by Woodward and Bernstein to pursue careers in journalism, lead the renaissance in legal education that would revive a profession in need of an injection of youth, idealism, and high-tech savvy.”