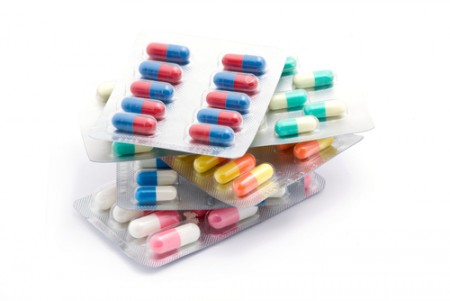 A new complaint in litigation from retired professional football players alleges that team doctors pushed them to play through pain by overusing prescription painkillers, sometimes in violation of federal prescription drug laws.

Law360 (sub. req.), the Washington Post and Deadspin reported on documents filed in Northern California federal court, in a lawsuit alleging NFL teams pushed at least 1,800 former players to misuse painkillers in order to play games. Plaintiffs allege that they’ve suffered long-term injuries as a result, including damage to their organs and joints.

The revelations came in a motion supporting a second amended complaint (PDF) and then the complaint itself. The papers were originally filed under seal in February, though the Washington Post published some information from them and Deadspin published 155 pages of original court documents, both last week. District Judge William Alsup later denied a motion to keep some information in the documents under seal.

The filings show that NFL officials had been made aware multiple times that team doctors permitted trainers to dispense and control medications, a violation of federal law; failed to keep track of where powerful prescription drugs were or who was taking them; and took steps to misdirect the Drug Enforcement Administration. Several plaintiffs say in the filings that they were given drugs without being told what those drugs were or what side effects they might have.

Former Seattle Seahawks offensive tackle Jerry Wunsch describes in court documents asking not to play on a day when he felt severe pain down on side of his body. His coach called the Seahawks’ trainer, who gave Wunsch an injection of Vicodin and Tylenol with codeine before the game and again at halftime, on top of anti-inflammatories Wunsch had already taken. Wunsch said trainer Sam Ramsden reportedly told him: “Don’t sue me personally for this.”

The documents also showed that over five months from 2009 to 2010, the Indianapolis Colts dispensed 1,695 doses of the painkiller Toradol. The abuse potential of Vicodin (hydrocodone and acetaminophen), an opiate painkiller, is well known. Toradol (ketorolac tromethamine), a nonsteroidal anti-inflammatory drug, is often used for post-operative pain and its use has been restricted overseas. Toradol has been tied to kidney failure.

A report by Dr. Thomas McClellan, a doctor who worked with NFL medical adviser Dr. Lawrence Brown, said pain is “omnipresent” and “almost an unavoidable consequence of playing” professional football—but that there was substantial financial and reputational pressure to overcome it.

“These incentives and the nature of the sport combine to make opioid and other pain medication usage much more prevalent in the NFL than in virtually any other industry, population or endeavor,” the report said.

An NFL spokesman told the Post that all NFL clubs comply with the Controlled Substances Act and put the health and safety of their players first.