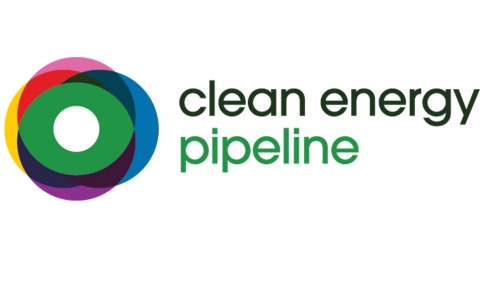 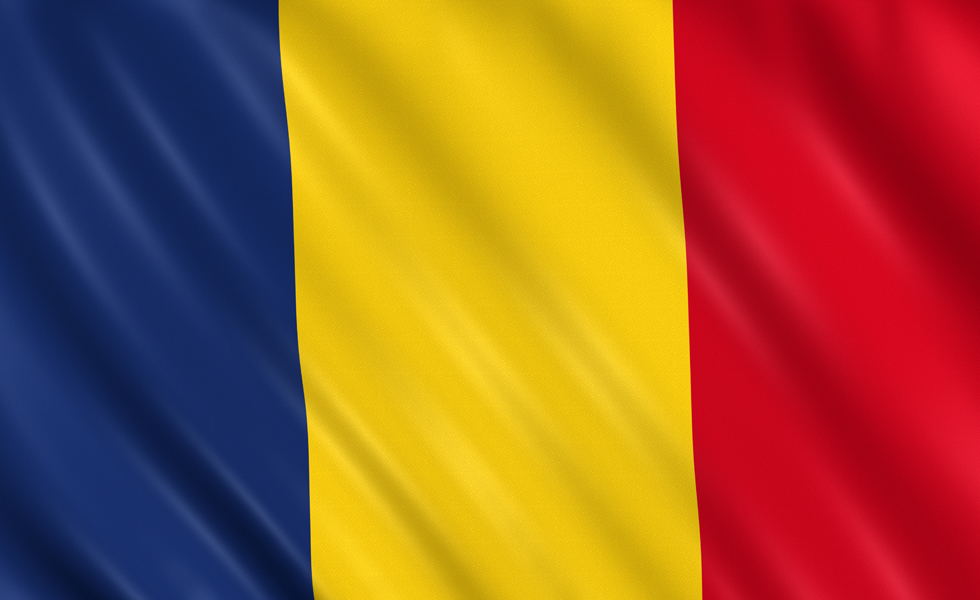 In 2014 Romania’s energy sector was granted a new lease of life. The discovery of oil in the Black Sea had the potential to reinvigorate the nation’s dwindling energy offering.

Since the discovery the government has been working to introduce regulatory changes to help leverage these resources and create opportunities to trade with other European markets.

The changes, which also impact electricity and gas, have met with a mixed reception in the market. Some in the legal sector feel the government has not done enough to safeguard the oil market’s future.

Speaking to The Lawyer, leading lawyers from Maravela & Asociatii, Musat & Asociatii and Popovici Nitu Stoica & Asociatii explain the changes and highlight how their firms are adapting to make the most of this lucrative sector.

Q: How has Romania’s energy market changed in the past two years?

Mona Musat, managing partner, Musat & Asociatii: There have been quite a few market changes, mainly triggered by the implementation of the EU’s Third Energy Package and the aim to open up to and integrate European markets. Notable developments include: the certification of Transelectrica as transmission and system operator following the ownership unbundling model; the establishment of REMIT; and the national registry of participants to the wholesale energy market. There was also the enactment of regulations aimed at increasing transparency in the sector, safeguarding consumers, diversifying the trading platforms of centralised markets and promoting smart metering.

Gelu Maravela, managing partner, Maravela & Asociatii: A significant change has been the secondary legislation pertaining to the electricity and natural gas sectors. This has been updated.

The Competition Council’s recommendations concerning the electricity market have also been implemented. These include removing trade prohibitions and reducing export obstacles, as well as allowing access to appropriate financing mechanisms for private operators and ensuring transparency in the regulation of transportation tariffs.

The renewable energy sector faced difficulties due to recent legislative changes that reduced incentives by way of the green certificate schemes. These sudden and adverse legislative amendments triggered much litigation from disgruntled investors.

Vlad Neasçu, co-head of energy and natural resources, Popovici Nitu Stoica & Asociatii: Unfortunately, beyond the official rhetoric, it is easier to give a lengthy rundown of the items 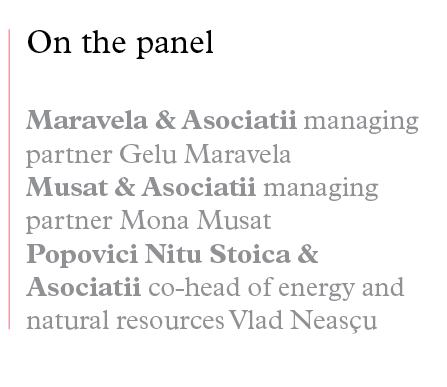 that are needed by Romania’s energy market but that have not occurred in 2015 or 2016. These, in what has become a tradition, have been rolled over to the agenda for 2017.

However, the hopes for 2017 seem as realistic as for those in 2016 since the general election is in December 2016. This means 2017 will most likely be filled with post-election isometrics. Apart from these local specifics the energy market has naturally responded to some regional and global trends – variations in oil prices and so on.

Q: Has the Romanian government made any changes to regulation governing offshore oil and gas discoveries? How do these changes relate to the reserves found in the Black Sea?

Maravela: Yes. The main change was the entering into force of Law 165/2016 on safety in offshore oil activities. This established a new regulator, the Authority for Black Sea Oil Offshore Activities. This authority has several important regulatory powers, such as the ability to forbid activities carried out at sea that may damage the environment. It can also impose fines. Furthermore, the authority may require the replacement or decommissioning of equipment that is not compliant with safety standards. 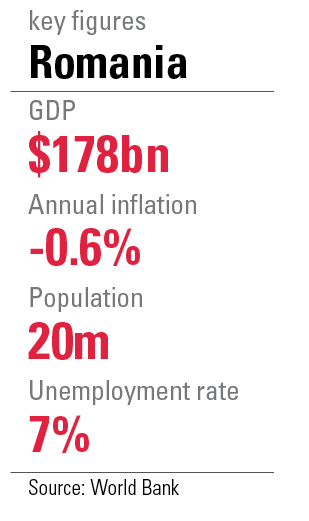 The law sets forth certain conditions to be complied with before the petroleum agreement enters into force and places liability on the titleholder in case of environmental incidents, irrespective of who caused them.

Another main change has been the draft aiming to oblige producers and suppliers of natural gas to sell 40 per cent of their output on the spot market.

Musat: The government has put forward tax incentives for foreign investment in the oil and gas sector, such as the elimination of the tax on domestic production of crude oil or the exemption of the amounts paid for using oil and gas transportation pipelines from royalties.

We understand it is considering repealing the tax on construction including oil wells, maritime platforms and other installations.

All this should encourage the oil and gas industry, including offshore drilling.

Neasçu: Legislative changes are behind schedule in the sub-sector. A number of topics are unresolved, such as the value of royalties, tax treatment and tax deductions for offshore investment.

Rumours are that a draft addressing some of these issues will be submitted for official review soon, but this speaks more of good intentions than deliverables.

Q: Where does the investment in Romania’s energy sector come from?

Neasçu: First we should note that, according to the draft of the National Energy Strategy 2016-30 that has been recently launched for consultation by the energy minister, between €15bn [£13bn] and €30bn has been advance to respond to what are dubbed “substantial investments in the energy sector”.

As to the related funds, public officials point evasively to the expectation that these may be attracted as either government or private capital, as well as via European structural funds, investment and development banks, public-private partnerships, the use of support schemes and the sale of emissions certificates.

Musat: Investments may originate in various jurisdictions, depending on the sector. For example, we are seeing increased involvement of Chinese skills and capital in large energy projects that require substantial investments and resources.

So investment in Romania’s energy sector comes from both local and foreign sources, with foreign investors still taking a leading role when it comes to very big projects.

Q: Which deals in the energy sector has your firm been involved in over the past 12 months?

Maravela: Over the past 12 months we’ve been involved in several mandates related to the energy sector.

One of our most recent deals was the acquisition of three hydropower plants by the leading producer of hydropower from Austria. We have also advised on the envisaged exit from the Romanian market of a Swiss prominent trading company and the acquisition of two major players in the renewables sector with a total output of 250MW.

Musat: We cover the whole spectrum of energy-related issues including litigation and advisory work.

Recent projects we have taken a role in include advising a leading European investment company in the renewables sector in connection with the development and sale of a 400MW wind project.

We’ve also acted for an international provider of technical solutions for the oil and gas production and processing industry in connection with the structuring and negotiation of the exit from Romania.

We are involved in non-transactional work too, such as assistance on public tenders, tender books and compliance.

Neasçu: The past 12 months saw the continuing involvement of our energy team in significant energy-related litigation files.

We are probably the sole Romanian law firm with a team focused on energy-related disputes. The team has represented Fondul Proprietatea in over 100 disputes in the past four years against Romanian authorities such as the National Agency for Mineral Resources, National Energy Regulatory Authority and National Authority for Water Management.

Q: How is your firm planning to adapt to the changes in Romania’s energy sector over the next 12 months?

Maravela: We intend to implement training sessions within the firm aimed at acquainting our lawyers with the latest changes and forecast trends in the energy sector – especially the litigation and competition lawyers – as well as strengthen the level of specialisation of those lawyers who handle energy matters on a daily basis.

We are also seeking to implement training programmes for the employees of our clients in the energy sector, to raise awareness of the changes.

We are building three tailored packages we would like to offer our clients, designed to save on the time and cost generated by the plethora of regulations that impact their day-to-day activity.

Neasçu: Energy-related litigation should remain a certainty for us in the next 12 months which, coupled with the additional transactional-related work, allows us to make a positive forecast as far as our figures and targets are concerned.

As to the transactional work in relation to coveted big deals, this remains by and large influenced by the public agenda which, as mentioned above, is an equation with multiple unknowns. Against this backdrop there are no plans for significant changes or reshuffles in our energy practice. We look at the 12 months ahead with moderate optimism.

Musat: Our lawyers have amassed a substantial amount of energy sector knowledge and we see 2017 as an opportunity to further strengthen our presence in this area.

We plan to achieve this by attracting new talent and recruiting experienced lawyers, promoting continuous improvement among our associates and support staff, taking part in key energy-related projects and generally continuing our involvement in the local and international energy community, as well as in various private working groups and think-tanks in the sector.

The European Commission last month cleared a decision by the Romanian government to cut the subsidies paid out to renewable energy producers in the country.

Under the scheme ‘green certificates’ are provided to electricity producers, which can then be sold to energy suppliers. Romania has now reduced the mandated green certificate quota in its gross final consumption from 12.15 per cent to 8.3 per cent.

According to the National Authority for Regulation (ANRE), slashing the green certificate quota will reduce the final consumption energy bill by 5 per cent.

The change is likely to mark a slowdown in the growth of greenfield renewable energy projects in the country.

Any new environmental project is expected to feature multinational backing

Figures from grid operator Transelectrica show that the country’s installed wind and solar capacity respectively stood at 2.9GW and 1.3GW as of August 2016. Any new environmental project is expected to feature multinational backing from the likes of the European Investment Bank and the European Bank for Reconstruction and Development,  both of which have approved financing for municipal green schemes.

Romania’s new energy strategy also cuts the ceiling price for green certificates that would be paid to electricity producers from €55 (£44) per MWh to €35 per MWh, while the floor price will remain at €25 per MWh.

The commission said that while the amendments “slightly reduce the producers’ revenues over the duration of the support”, they increase the predictability of support given by government, limiting the amount of certificates likely to remain unsold.

The post Romania: Why the energy sector rethink isn’t enough appeared first on The Lawyer | Legal News and Jobs | Advancing the business of law.