The bar has had a changeable few years. More barristers are switching chambers than ever, some are capitalising on new Bar Standard Board-regulated entities to set up companies and sometimes even law firms, criminal sets are shrinking and consolidating to reduce costs, and the civil bar recently witnessed its largest ever dissolution of chambers when 11 Stone Buildings closed its doors.

But one ceremony, steeped in medieval pomp and tradition, has stayed the same. The process of welcoming new silks, which took place on 13 February this year, sees the new Queen’s Counsel declare their willingness to serve the Queen in a ritual at Westminster Hall all done up in wigs, silk gowns and stockings. 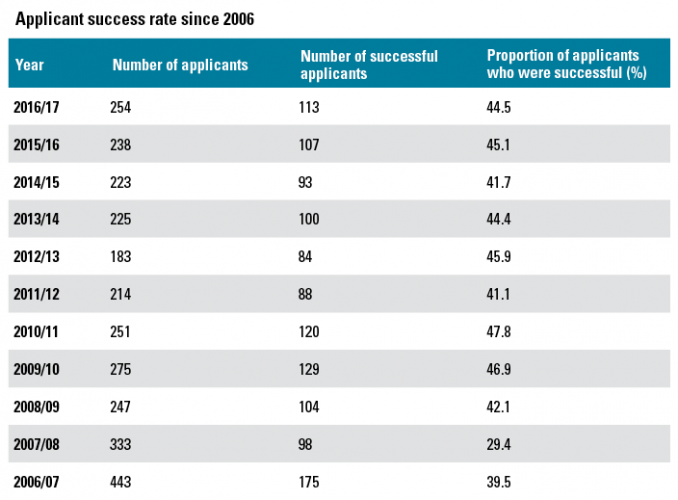 Despite this, the process of becoming a QC, like the wider bar profession, has been through a number of overhauls. The application process was shaken up in 2006 when the panel shifted to a competency-based system. It meant that, rather than filling a quota, silks were for the first time promoted on an even basis, with everyone filling in the same form and being required to meet the same criteria.

The number of applicants, both successful and unsuccessful, continued to decline for the next seven years, dropping to an all-time low (183 applicants and just 84 made up) in 2012/13. Since then the accolade has witnessed a resurgence, with the last two silk rounds posting record numbers. In fact, 2017 marks a six-year high for QC appointments, with 113 silks made up out of 245 applicants – a 44.5 per cent success rate.

Diversity at the top of the profession is also at a record high, although it still falls short of the diversity targets heralded elsewhere in the business and legal worlds. This year 31 out of 56 women who applied were made up, with female barristers representing 27 per cent of the total. It marks only the third time ever women have got past the 25 per cent mark and, indeed, women still only represent around 14 per cent of working QCs. Last year women made up 23 per cent of new QCs. 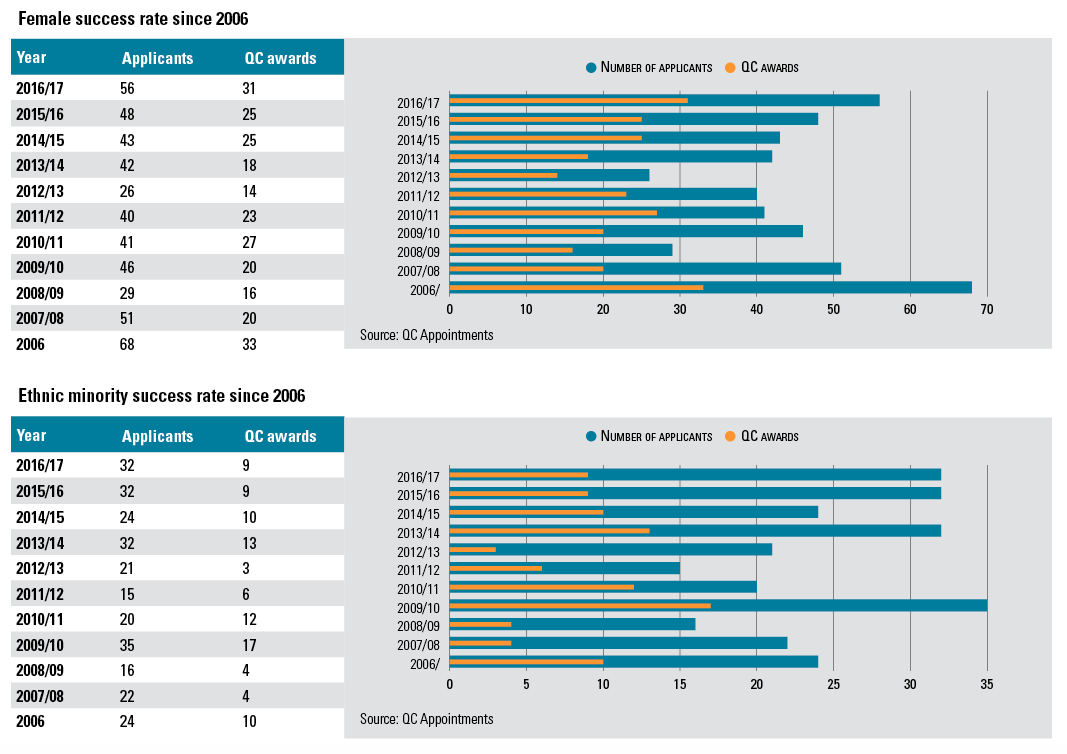 When it comes to LGBT diversity, this year eight applicants who declared they were gay or bisexual took silk (out of nine such applicants), representing 7 per cent of the total group compared with 6.5 per cent last year. 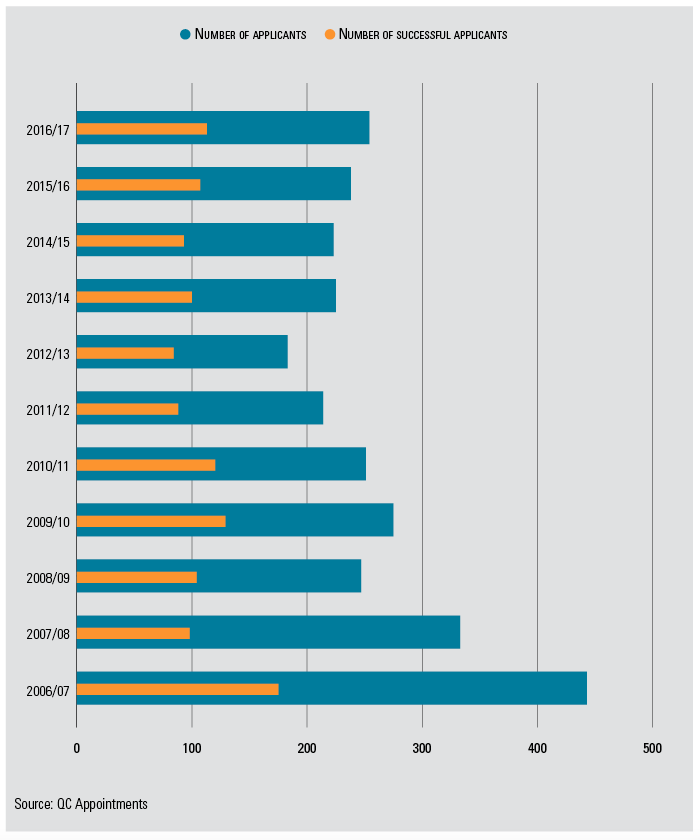 This week, The Lawyer has profiled seven of the newly appointed barristers to discover what it means to take silk in 2017.

The post Silks appointments 2017: new stars at the bar appeared first on The Lawyer | Legal News and Jobs | Advancing the business of law.