The Lawyer’s long reads – a series of deep dives into individual law firms and interviews with key business figures – have shaped the legal agenda in 2016.

From branding Sidley Austin ‘beige’, Kirkland & Ellis ‘wobbly’, publishing a picture of a kitten on a profile of Shearman & Sterling, to hunting down Simon Olswang to find out who sank his firm, here are the best cover features of the year.

1. Can Sidley break out of the beige? 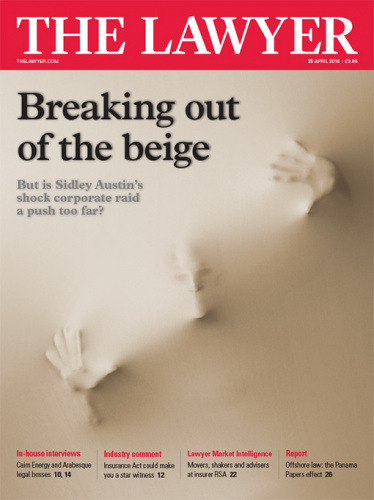 Sidley Austin is nice. The people there are nice. Everyone says so. But in the ultra-competitive London market, is being nice enough?

2. Who sank the good ship Olswang?

On the verge of being swallowed up by CMS, how did it come to this for Olswang? We spoke to some of the key players in its short but eventful history to work out what went wrong.

3. Why Kirkland went wobbly in London

For Kirkland & Ellis in London, it was a seismic shift 3,945 miles away in Chicago six years ago that led to the waves of upheaval that continue to course through 30 St Mary Axe today. The Lawyer investigated. 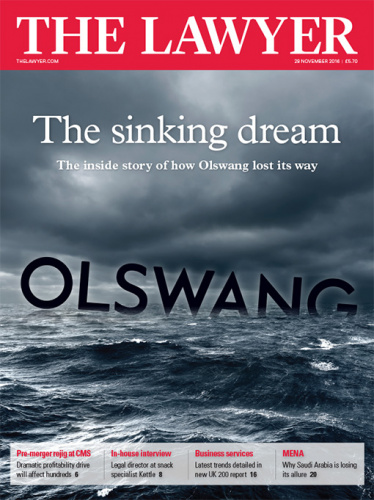 Once a shining example of how to operate as a US firm in London, in recent years Shearman & Sterling has lost its mojo. What happened to turn it from tiger to kitten, and can it turn things round?

It is three years since Ashurst completed its tie-up with Australian firm Blake Dawson. And what has been gained? We looked at the consequences of the merger.

6. Why the magic circle is struggling in China

A decade ago the magic circle firms enjoyed an unrivalled position in China. Not any more. We look at what’s changed and why.

7. View from the board: Stephen Hester

Stephen Hester has been involved in more rescues and restructures than virtually any other FTSE executive, from Abbey National to British Land and from RBS to RSA. He talked to The Lawyer about the role of the legal adviser in a crisis situation. 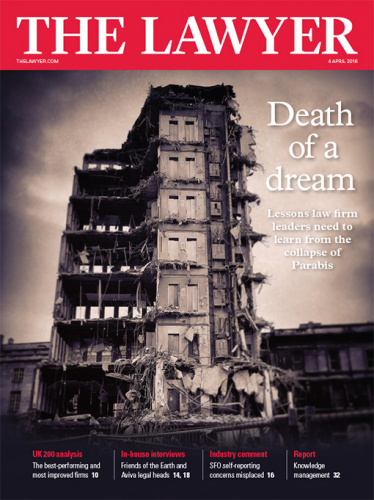 The collapse of insurance giant Parabis was the biggest commercial failure the UK legal market had seen since Manchester-based Cobbetts entered into administration in 2013. What lessons can be learned from its demise?

What is the modern Norton Rose Fulbright? If global chief executive Peter Martyr is to be believed, a fruit salad. The Lawyer looked at how the firm fits into the global legal picture and what its options are for the future.

10. View from the board: Rupert Pearce

Inmarsat CEO Rupert Pearce is a rare beast. He is one of the few lawyers to have successfully made the crossover from law to company chief executive. And yet, to hear him tell it, the trajectory was pretty much accidental.

The post The best of The Lawyer’s long reads 2016 appeared first on The Lawyer | Legal News and Jobs | Advancing the business of law.